Group effort during the construction of datacenters 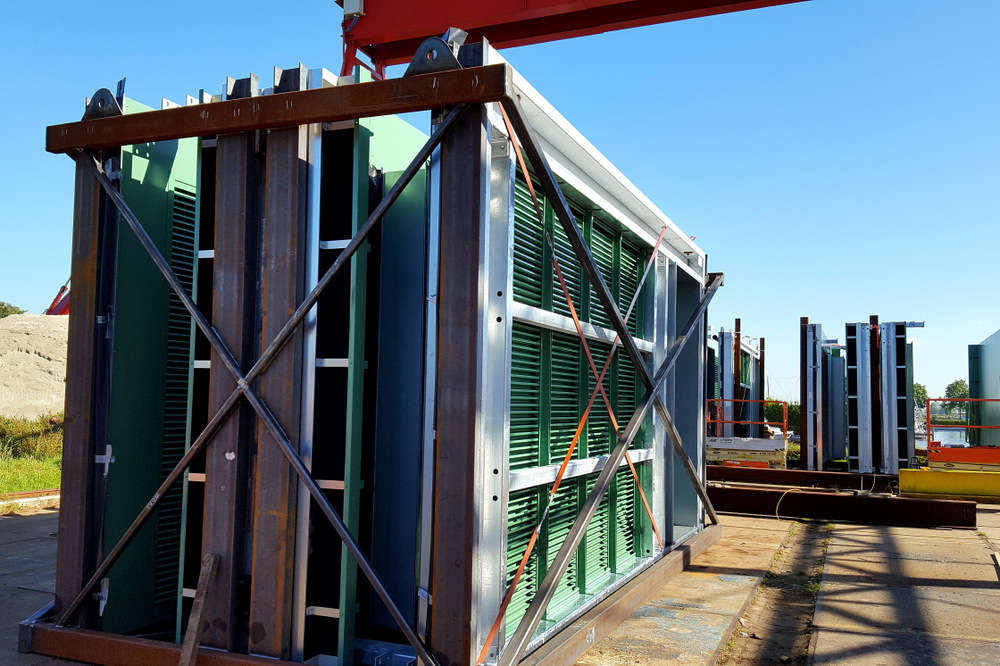 It has been claimed that data is the oil of the 21st century. Information is indeed becoming an increasingly important commodity. Consequently storing vast amounts of digital data is a growing market as well; datacenters have become essential. GB Steel Group has built several thus far.

For our current datacentre project we were asked to contribute ideas on how assemblage and other logistical activities at the construction site could be reduced, and thus also shorten the entire construction period. Eventually we decided on prefabricating unitised cladding elements. 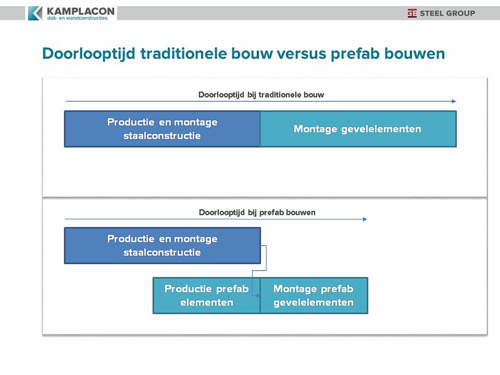 The engineering and specific construction issues were all handled by us: an exciting challenge! Together with the general contractor we created a design in which the original plan was maintained but with one significant difference: we would provide complete unitised elements. There are 28 elements per facade, with a total number of 8 facades, which makes for 224 elements. The frames have varying formats, ranging from 3.75 to 4.25 meters in width, and 7 meters high.

Thanks to the expertise of sister companies Kampstaal, Nauta Heeg and Kamplacon we were able to develop an optimal and most of all practical design. In the end we all contributed; Kampstaal provided the steel construction, the assembly space and project supervision was taken care of by Nauta, and the engineering and assembly was done by Kamplacon. Yet another example of synergy within GB Steel Group.

►Please take a look at these pictures of the assembly process of the unitised elements. If you wish to receive more information, please do not hesitate in contacting us.◄